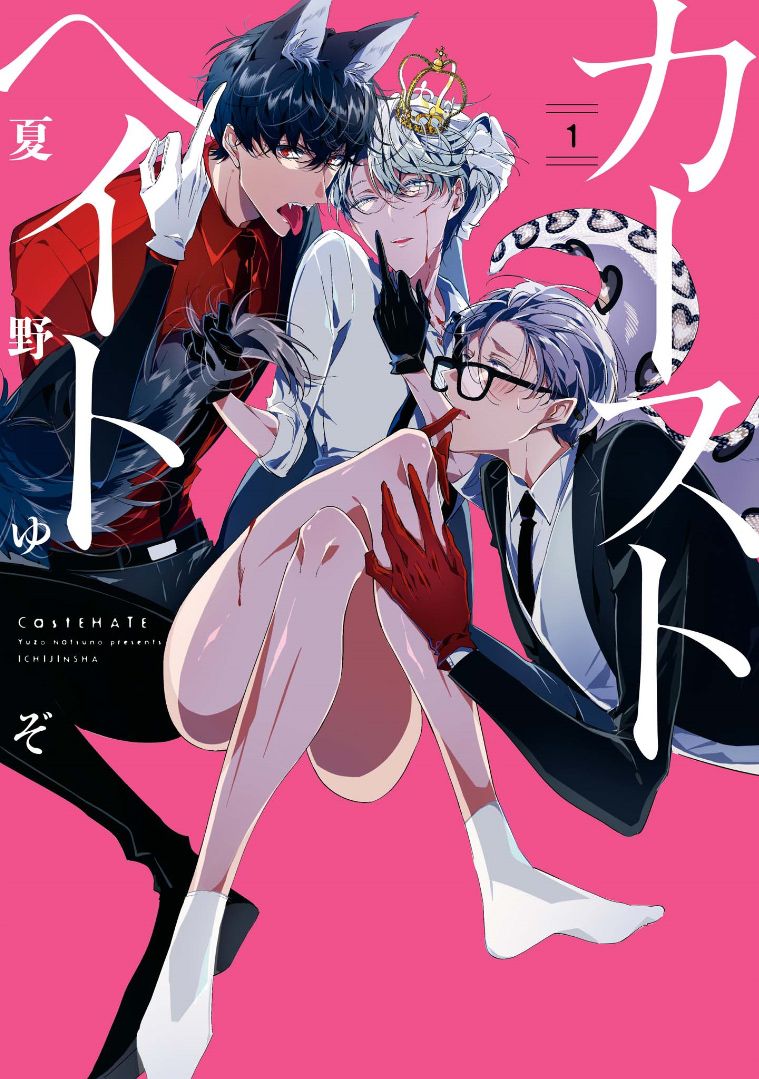 A relatively new BL manga Castehate (カーストヘイト) by Natsuno Yuzo, serialized in the Comic Zero-Sum magazine since 2018. These are Japanese raws.

Publisher: Ichijinsha
Volumes: 1 out of 2 (Ongoing)
Source: purchased by me at www.ebookjapan.jp.

Living the high school life, being admired by all the other species in his school, Rurikawa (Wolf. Alpha. Male.) meets a lower species, Kyougokuin (Rabbit. Beta. Male.) As soon as their eyes meet, Rurikawa thinks, “I want to breed this beautiful creature.” He’s suddenly unable to control his urges as he’s turned on. In a world where men can also become pregnant, this series tells the story of high school boys being led around by their instincts and fate.