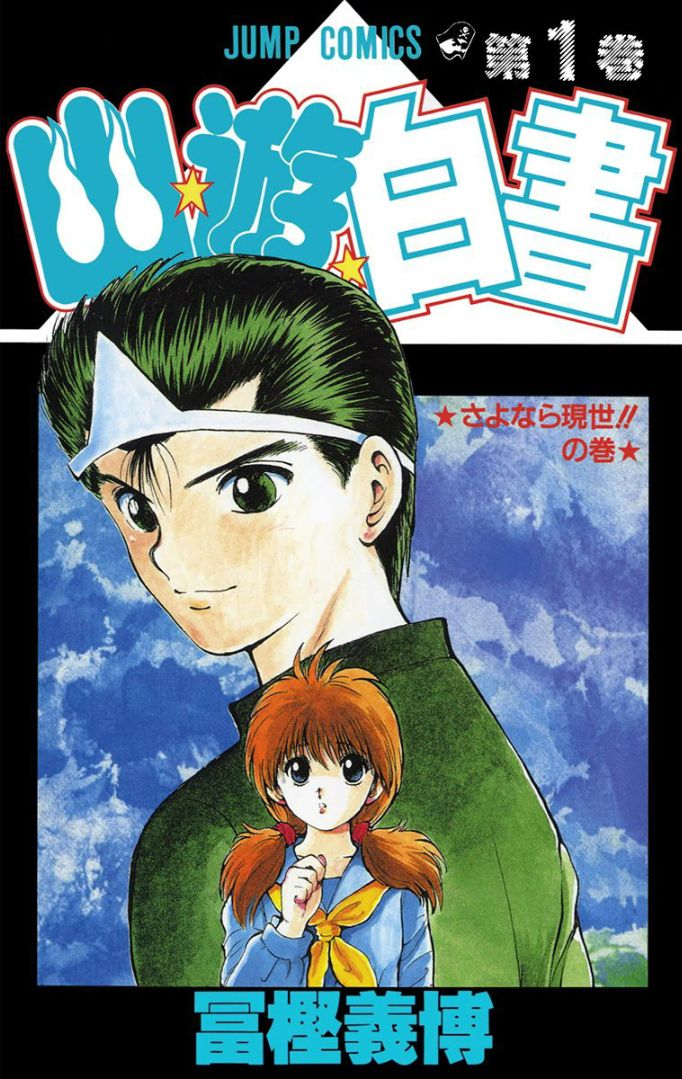 The first volumes of the Yu Yu Hakusho digital edition, full coloured by Shueisha in 2015. The manga was originally serialized in Shueisha’s Shonen Jump from December 1990 to July 1994.

The series tells the story of Yusuke Urameshi, a teenage delinquent who is struck and killed by a car while attempting to save a child’s life. After a number of tests presented to him by Koenma, the son of the ruler of the afterlife Underworld, Yusuke is revived and appointed the title of “Underworld Detective”, with which he must investigate various cases involving demons and apparitions in the human world.